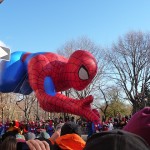 Though there is no official documents about when the day parade was started but first Thanksgiving Day Parade was probably started in 1863 when President Abraham Lincoln proclaimed an official day of Thanksgiving. The idea behind day parade was a show of military strength and discipline as a full-dress parade to honour the official declaration … Read more

Thanksgiving Day is a very important day in the United States. There are many things that are especially related to the celebrations of the Thanksgiving Day. These include Thanksgiving turkey trivia, pilgrims, thanksgiving proclamation, thanksgiving as a national holiday and other things. Some of such facts are mentioned here which will not only help you … Read more

Here is a brief history of Mayflower The Ship… The ship ‘Mayflower’ has played a very significant role in the history of Thanksgiving, because it was the historic ship that took the Pilgrims to America in 1620. The pilgrims were basically the fortune hunters, bound for the resourceful ‘New World’. And the ‘Mayflower’ was a … Read more